Sometimes I think that irony is an actively acting force in the universe. We've been impatiently waiting for our boy Diego decide he likes girls. Our two queens have been more impatient than we are, but Diego's been clueless.  Since both girls are a year and a half old,  we'd planned to breed them this spring. Feet have been tapping, watches checked, my husband had even begun to joke that I'd picked a dud stud.  When would Diego grow up?  This would not do! We began madly planning, so  arrangements were made to have a stud, Rivendell Rags Grand Champion Black Sambo, to come up in February for Fiona. So, of course, it's this week Diego decides to notice the girls, and Glory goes out of heat.  Looks like he'll have to wait until next month to get lucky.   In the end, it's all good because we'll have two batches of super cute kittens this spring after all.

Settling in to the New Year

2012 has come and gone. It's been a big year for us. We got our first three Ragamuffins (though Fiona was picked out in 2011), had Ragamuffins accepted into the Canadian Cat Association, and traveled to our first shows. 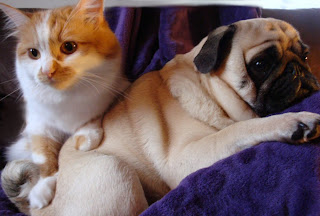 The main thing that we're hoping for in 2013 is  our first litters of kittens.  So far Diego is still oblivious to the charms of the lady cats, but that can't last long.  January 10th is is his 8 month birthday.  I'd be surprised if he reached a year and hadn't clued in.  I'm keeping my fingers crossed for spring babies! 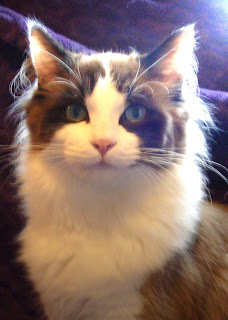